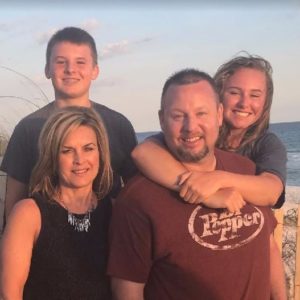 Scott played lacrosse at Bowling Green State University.  He started coaching lacrosse in Springboro in 2007 and continues to do so while serving as President of Boys Lacrosse.  He has coached the boys at all levels in the program and spent 2017 coaching the high school girls.  Scott lead the girls varsity team to the highest state ranking in program history.  Scott played a vital role in growing the game in Springboro where the Boys program has become one of the largest in the state of Ohio.  He was also responsible for starting and developing the Springboro Lacrosse Shootout, an annual youth boys lacrosse tournament.  In addition, he is the Director of SOGO Lacrosse Powered by Resolute.  Scott was honored with the 2013 US Lacrosse Award for Youth Boys Coach of the Year.

Scott graduated from BGSU in 1994 and is in sales.  He is married to Stacy and has two children, Sophie and Sam.  In his spare time, Scott enjoys spending time with his family, planning the next lacrosse venture, and watching movies.