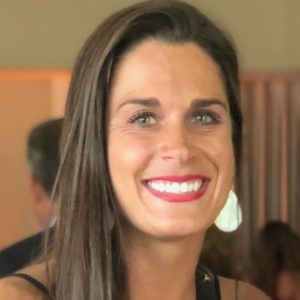 Jill Byers Matusz, former Associate Head Coach at The Ohio State University and Notre Dame Lacrosse alum, is the Director for the girls’ program and Head Coach for the 2022 Girls team. Jill is a Long Island native and played at Notre Dame from 2006-2009. A 2009 Tewaaraton Trophy and Honda Award finalist, she produced a historic playing career at Notre Dame, where she graduated as the all-time leader in goals and points and still holds both records 10 years later.  A 4x All-American and 2009 team captain, she wrapped up her collegiate playing days ranking fourth in NCAA history in career goals and 10th in points. She set a Big East league record of 78 goals to be named Big East Attack Player of the Year and she was voted the runner-up for Notre Dame’s Female Athlete of the Decade Award.  Following college, she coached at Yale University, Notre Dame, Stony Brook University and most recently at The Ohio State University. The Northport, N.Y., native also played for Team USA from 2008-12 and both coached and played professional Lacrosse for the Long Island Sound.  Jill is inducted into the US Lacrosse Hall of Fame, Suffolk Sports Hall of Fame and Northport High School Hall of Fame.  Jill resides in Boston, MA with her husband Phil, their daughter Kingsley and dog, Kali.