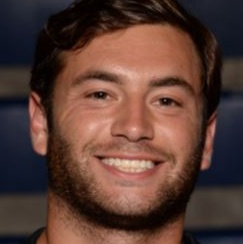 Jeff was a 3 sport athlete at Sycamore High School where he was a 3 time captain of his lacrosse team as a Goalie.  While playing for Sycamore, he earned 1st Team All Region and 3rd Team All State awards while setting the school record for Career Wins in a career.  He then went on to play on the UC club team who won the national championship in 2011.  Jeff has spent the last 7 years coaching lacrosse at the High School and Jr High levels.  He most recently lead Springboro High School to a 14 & 2 record and was honored by being named the 2016 SW Ohio High School Coach of the Year.

Jeff graduated from the University of Cincinnati with a degree in Education with a focus in Integrated Social Studies in 2015.  He currently teaches History in the Sycamore school district and where he will once again coach Lacrosse and Soccer.