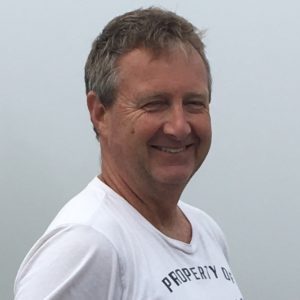 Jim recently retired from teaching after 34 years as a history, humanities, and English teacher at the high school and middle school levels in independent schools in Massachusetts, Wisconsin, and Ohio. He lives in Novelty with his wife Elizabeth and has three children: Peter works in affordable housing in Cleveland, Hannah is a children’s mental health counselor in Cincinnati, and Ethan is senior captain defenseman at The College of Wooster. Jim enjoys trail running, biking, and playing with his new Yorkipoo puppy Gigi.